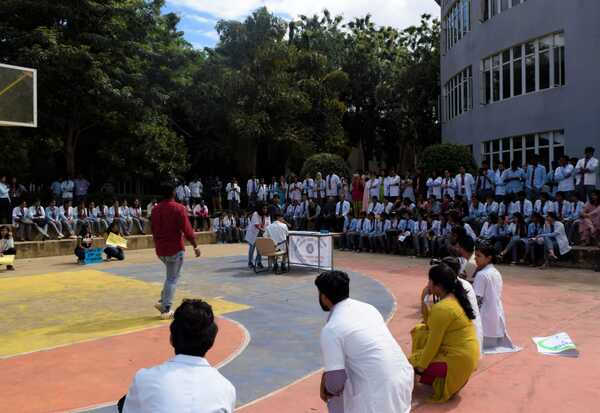 
NSS Unit of Krupanidhi College of Pharmacy celebrated National Pharmacy Week on 28th, 29th  and 30th of November 2019. The celebration was a part of 58th National Pharmacy Week. The theme selected for this year was-Pharmacist: Your Medication Counselor”. The aim was to create awareness about the pharmacist role as a medication counselor.

The inaugural ceremony was conducted at the seminar hall in the morning. Dr P.V. Mallya [Director-CPPA, Krupanidhi College of Pharmacy] and Dr MD Karvekar [Director-Academics, Krupanidhi College of Pharmacy] gave introductory speech. They spoke in length about a pharmacist’s role in spreading awareness about appropriate use of medicines among the public and to sensitise them to ask medicine related questions to the pharmacist and promote pharmacy practice services as well.

Following which everyone took the Pharmacist’s oath, swearing to devote oneself to a lifetime of service to others through the profession of pharmacy After the inauguration, our students performed a street play on the topic- “Pharmacist: Your Medication Counselor”. The play was witnessed by 100 students. It was meant to bring awareness to the audience regarding the contemporary issues faced by the patients and how a pharmacist’s involvement can bring tremendous improvement in tackling them. We could understand that having such powerful plays can usher the change in the mindset of budding pharmacists.

In the afternoon we conducted an E-Poster competition on the topic- “Pharmacist: Your Medication Counselor”, to raise awareness and highlight the importance of a pharmacist in being an integral part of our healthcare system. There was an overwhelming response from across the college, with over 10 entries being received

The second day of pharmacy week celebrations began with a talk by the eminent pharmacist Dr Gundu Rao [President-Karnataka State Pharmacy Council].  He gave a magnificent speech emphasizing the role of pharmacist as a medication counselor. Thereafter, certificates of appreciation were handed over to the participants of the E-Poster completion and street play.

In second half of the day, we had with us Dr Manjunath [Diabetologist and Chariman Kshema Hospital, Bangalore] who took an interactive session on Diabetes and its management.  Following the session, we felicitated Dr Kishore Kumar MG [Managing Director-Kshema Hospital, Bangalore], who is also an alumni of Krupanidhi College of Pharmacy for his contributions to the field of pharmacy and our college

On the final day of our Pharmacy week Celebrations, Mr Anand Katta [Founder- www.askyourpharmacist.in] addressed our students on the topic Patient counseling. It was session was an interactive session, where the speaker answered many queries raised by the participants.

We are glad we could celebrate us-“The Pharmacists” through this National Pharmacy Week, acknowledging the invaluable contributions that pharmacists make to patient care in hospitals, outpatient clinics, and other healthcare settings. 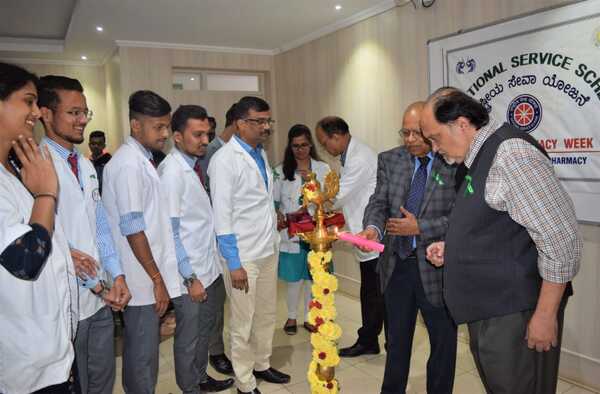 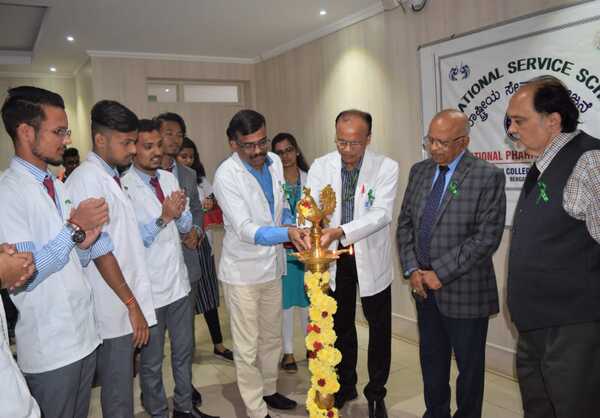 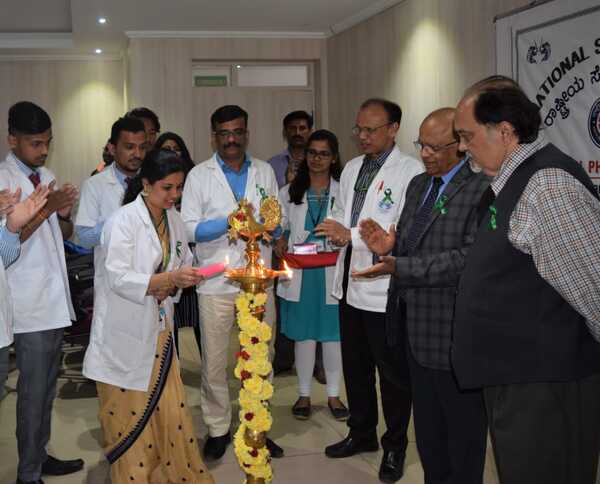 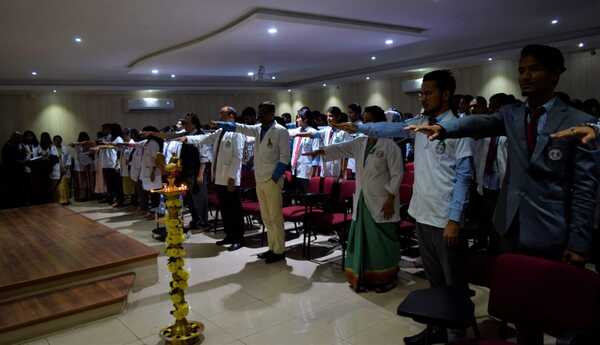 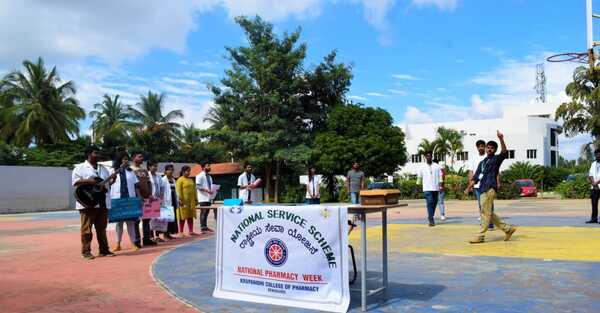 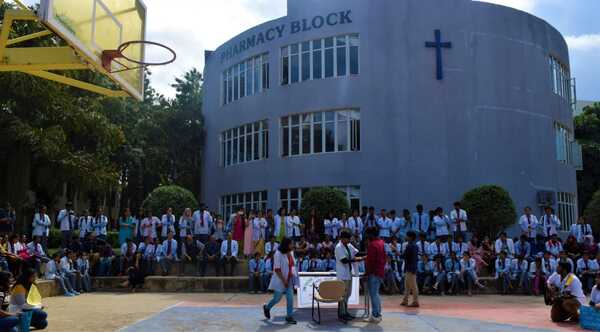 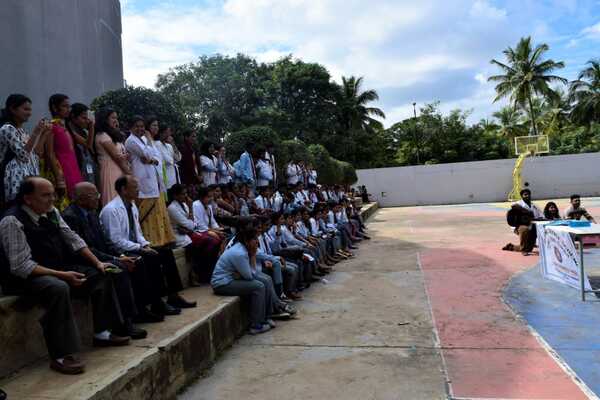 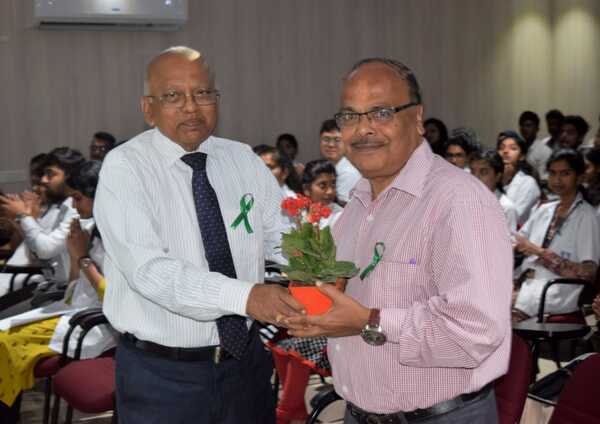 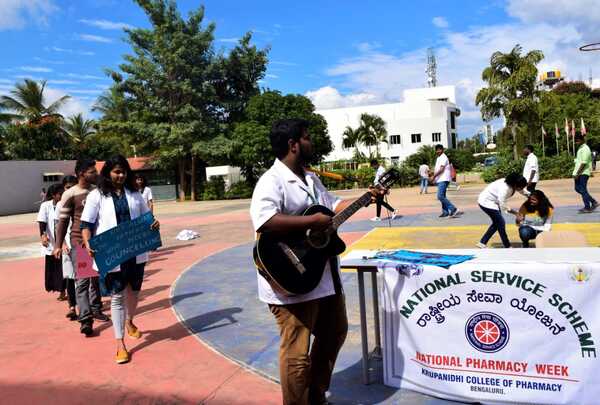 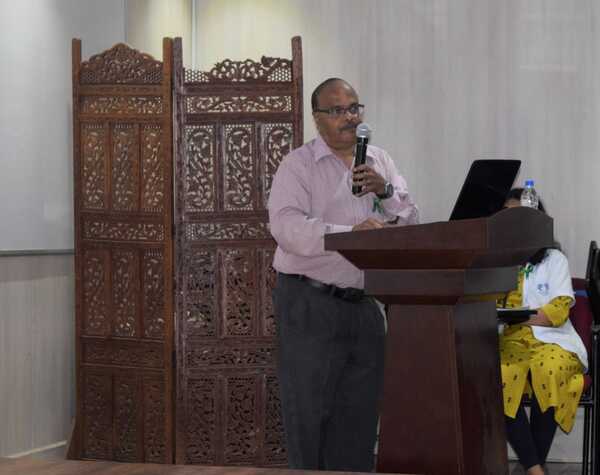 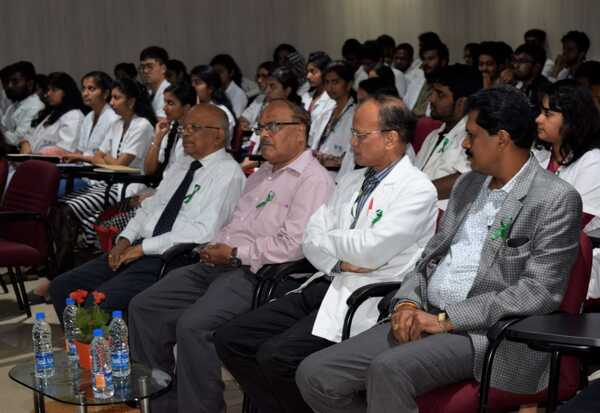 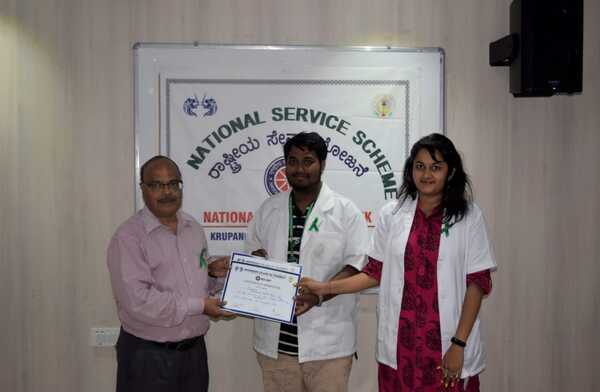 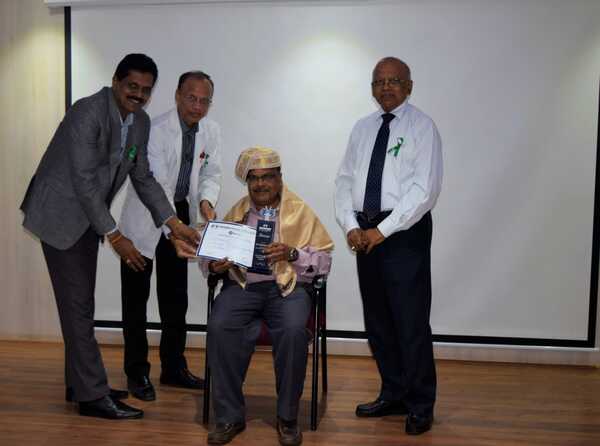 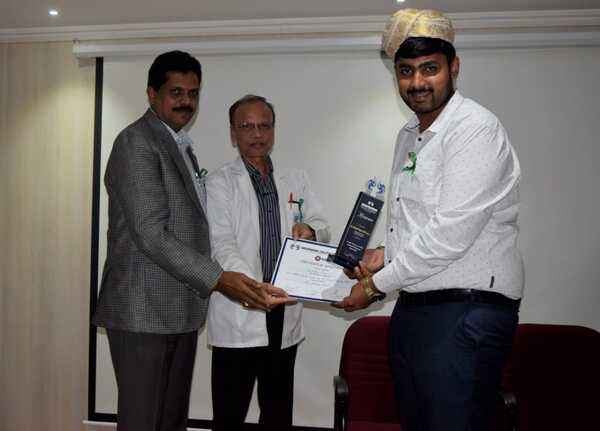 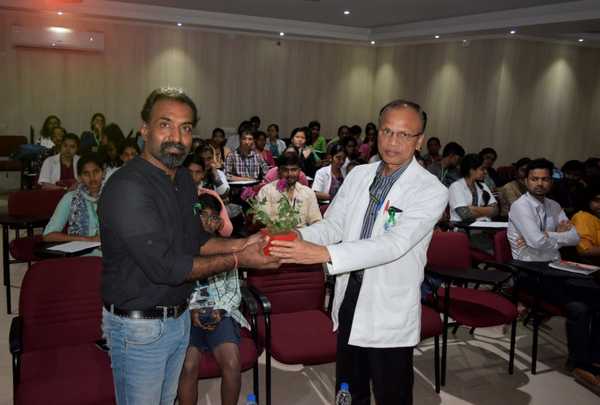